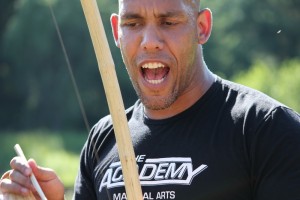 Boca do Mundo was born in Rio de Janeiro, Brazil where his first interest in the art of Capoeira began at age 14. After moving to New York City in 1991, he began his formal training under the tutelage of Mestre Bom Jesus. After many years of serious commitment to the art he advanced to become Mestre Bom Jesus’ first graduated student in the US.

After receiving his blue cord (belt) in 1996 he began teaching his own classes and traveling across Brazil and the US participating in multiple capoeira events and workshops taught by many renowned Capoeira masters.

In the past, Boca has conducted lecture demonstrations at Yale University, New York University, Columbia University, and the University of Utah in Salt Lake City, UT. In addition to teaching at such universities he has also taught youth classes at Martin Luther King Jr. High, El Puente High, and PS 217 in New York and various other public schools in San Antonio and Austin, TX in an outreach program for underprivileged kids.

In 1996, alongside Mestre Bom Jesus he introduced Capoeira to Crunch Fitness where they taught for over three years at multiple locations. It was the first time Capoeira was being taught in a gym setting in the east coast of the US.

In 2001, Boca placed 1st overall in the first New York Capoeira Open Goodwill Games organized by Abada-Capoeira NY. He was also awarded the best Green/Purple cord in the competition along with the best Angola and Iuna games. In 2002, he placed 3rd overall in the San Francisco Open Games also being awarded the best Green/Purple cord with the best Angola and Benguela games.

In 2015, he became a member of Ginga Mundo, a world renowned Capoeira Association headed by Mestre Sabia (a long time friend). Ginga Mundo’s headquarters is located in Salvador, Bahia the birthplace of Capoeira. 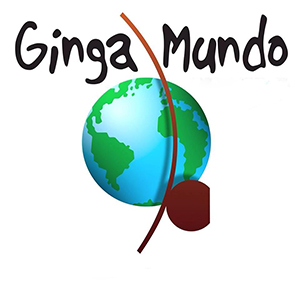